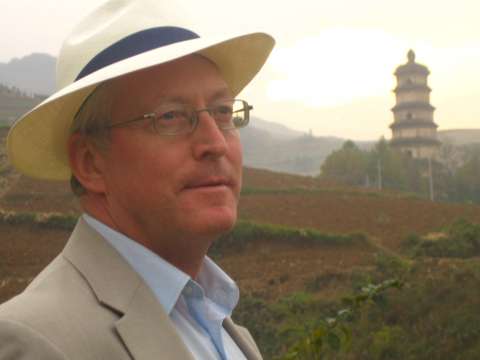 Diarmaid MacCulloch is Professor of the History of the Church, in the Theology Faculty of Oxford University. He is a Fellow of the British Academy and co-edited the Journal of Ecclesiastical History for two decades. He has written extensively on Tudor England, including Thomas Cranmer: A Life; Reformation: Europe’s House Divided 1490-1700, and more generally, A History of Christianity: The First Three Thousand Years. He is well known as a presenter on BBC4 and BBC2.

Richard Hooker (1554-1600) was a priest and one of the most important theologians of the sixteenth century. His defence of the role of redeemed reason informed the theology of the seventeenth century Caroline Divines and later provided many members of the Church of England with a theological method which combined the claims of revelation, reason and tradition. Traditionally, he has been regarded as the originator of the Anglican via media between Protestantism and Catholicism, a reputation forged during his tenure as Master of the Temple Church. His best-known work, Of the Lawes of Ecclesiastical Politie, has been described as ‘a continuous and coherent whole presenting a philosophy and theology congenial to the Anglican Book of Common Prayer and the traditional aspects of the Elizabethan Settlement’. 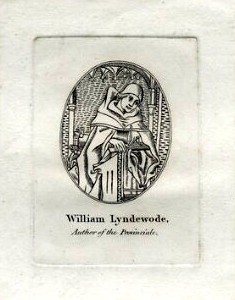 The Lyndwood Lecture is a biennial event, established in 1996, and organised alternately by the Ecclesiastical Law Society and the Canon Law Society of Great Britain and Ireland, takes its name from William Lyndwood (1375-1446), sometime bishop of St David’s, a distinguished diplomat and canonist, most noted for the publication of the Provinciale, an early authoritative commentary on canon law.

The cost is £15 to members of the Ecclesiastical Law Society or the Canon Law Society of Great Britain and Ireland (£25 non-members) to include a drinks reception after the lecture. You do not have to be a member, or have login details for this site, to book a place at this event. Simply complete the left-hand column below with your booking details.

Booking through the website closes 48 hours before the event (or when the event is full) but please contact the Administrator for late availability requests.

Bookings are closed for this event.