For the fourth successive year, the Ecclesiastical Law Society sponsored the Inter-Inn Mooting competition which concluded with the final on 3 July 2018. Hosted by Lincoln’s Inn, with excellent organisation by Clare Shepherd and Charlie Taylor, the finalists were Gray’s Inn and Lincoln’s Inn. They Moot problem was set by David Harte, book review editor of the Ecclesiastical Law Journal, on the subject of rights to burial and exhumation. Despite the event clashing with England v Colombia (the organisers doubtless assuming that England would not get beyond the group stage) a panel of judges formed themselves into a fictitious Court of Arches: Christopher Hancock QC (Middle Temple), HHJ Oscar del Fabbro (Gray’s Inn) and Mark Ockelton (Lincoln’s Inn). Huge thanks to the judges for stepping into the recondite world of ecclesiastical law. Unlike the other the fixture being played that evening out in Russia, the moot was not decided on penalties. Instead, by the narrowest of margins, the Lincoln’s Inn team of Gillian Hughes and Paul Erdunast, was declared the winner but congratulations also go to the runners up, Thomas Phillips and Gemma McNeil-Walsh, of Gray’s Inn. The £500 prize for the winning team was presented by Mark Hill QC, Chairman of the Ecclesiastical Law Society. 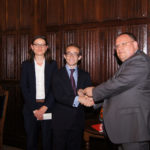 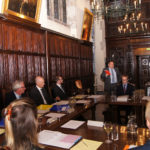 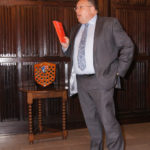 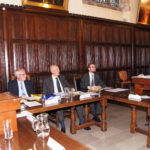 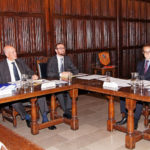 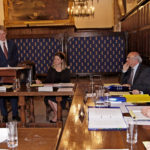 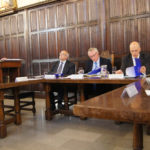 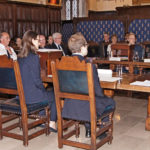 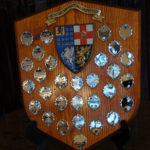 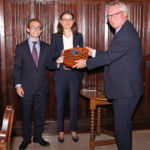