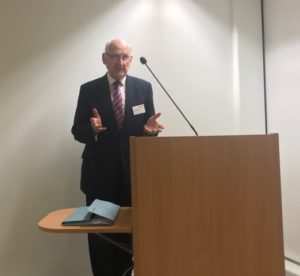 ‘Enjoyable’ might not be the appropriate word for a lecture about clergy discipline but those attending the final ELS London Lecture of 2017 were treated to a stimulating overview of the Clergy Discipline Measure and some thoughts on its more challenging features.

Recognising the diversity of experience in the packed room, from students and clergy to Chancellors and Registrars, Sir Mark began with an overview of the Measure including both its purpose and practical operation. He then addressed the challenges involved in the Measure which include the lack of definition to some of its terminology and the difficulties in establishing the threshold for when something is a disciplinary matter rather than incompetence or a pastoral concern. It was acknowledged that by its nature defining ‘conduct unbecoming’ and other terms is inevitably an imprecise science. It was important however to recognise when dealing with complaints involving abuse of power that clerical power is viewed very differently from the perspective of clergy and laity. Tensions were highlighted between dealing with complaints expeditiously and doing justice by enabling respondents sufficient time to present their defence. Concerns about the timescales to deal with complaints are an aspect of the jurisdiction that Sir Mark has been asked by the Archbishops to review.

The final issue considered, in response to questions from the audience, was that of risk assessment particularly in cases where the criminal justice system is not proceeding as the evidence falls below the criminal standard of proof but concerns remain. The lack of clarity as to how to assess a risk without making findings of fact was considered and it was acknowledged that this is an area in which more work is needed. The full text of Sir Mark’s talk can be downloaded using the link above. 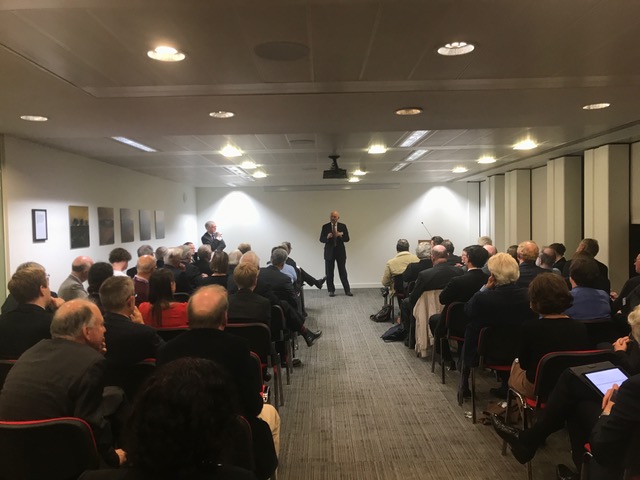